– can also play as a left-sided centre-back

– very good agility and coordination for a player of his size

– above-average technique, ball control, and passing skills for a full-back

– great positional sense and understanding of the game

– provides many key interceptions, clearances and tackles for his team

– able to dribble and make good crosses at top speed

– endless energy and his powerful running make him an incredibly useful asset as he brings an offensive value to a team, with a lot of activity during 90 minutes on the left side

After a quick combination with his teammate, Mendes provides a great cross into the penalty area. 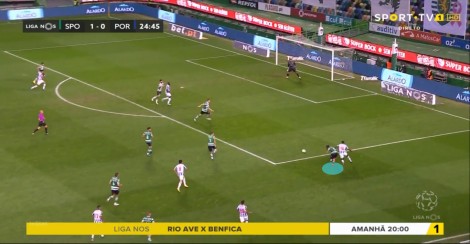 Mendes outmuscles and outpaces his opponent and wins the ball back. 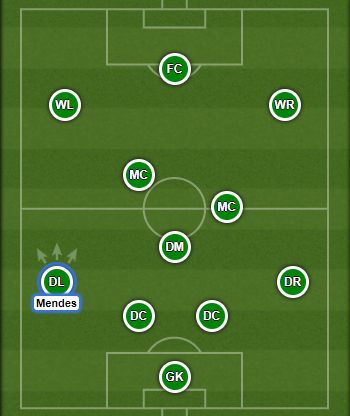 Nuno Mendes joined the famous Sporting CP youth academy at the age of 10. He made his professional debut in a 1–0 Primeira Liga home win against Paços de Ferreira on 12 June 2020, as a 72nd-minute substitute for Marcos Acuña. On 18 June 2020 became the youngest player to be named in a Sporting starting XI since Cristiano Ronaldo broke through into the first team. The next day he signed a new five-year contract that included a €45 million release clause. Ahead of the 2020/2021 season, he became a first-choice left-back of Rúben Amorim’s side and very quickly became one of the best full-backs in Portugal. Despite being only 18, he is already a member of Portugal U-21 national team.

“He has admitted that playing in the Premier League is a dream, and neither United nor Liverpool are likely to stop monitoring the progress of a player who idolises David Alaba, Marcelo and Lionel Messi, as well as Ronaldo.”