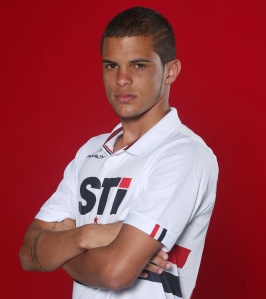 – brings an offensive value to a team, with a lot of activity during 90 minutes in the right side 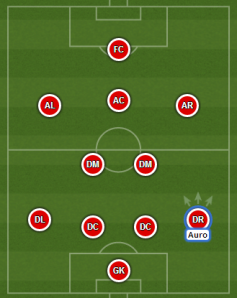 Brazil has a great tradition of producing excellent right-backs, including the likes of Djalma Santos, Cafu and Dani Alves to name just a few. Auro is a player that might very well follow in the footsteps of his predecessors named here. He joined Sao Paulo youth academy in 2010 at the age of 14. He made his professional debut on 7 September 2014 against Sport Recife, replacing Paulo Miranda in the 14th minute. 3 days later he was in the starting lineup for the first time in an away victory against Botafogo. In 2013 he participated in FIFA U-17 World Cup – he played really well, but young “Canarinhos” were knocked out by Mexico at the quarterfinal stage after losing a penalty shootout 11-10.

“Auro is a young man of great quality and personality that brings the DNA of São Paulo. Together with other graduates from our academy, he represents the future of our club.”