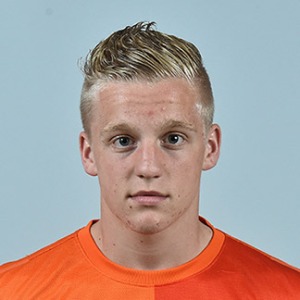 – likes to hold up the ball

– is naturally receptive to new techniques and tactics 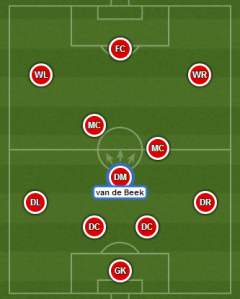 European Under-17 Championship 2014 runner-up with Netherlands.

Donny van de Beek is fulfilling his father’s dreams – playing his football at Ajax. At his home club he’s been thought of as a big talent from the early years, but his career got a kick start only in the past season. A few months ago he played very well at the 2014 UEFA European Under-17 Championship, where young “Oranje” won a silver medal. Currently he represents Holland at U-19 level, battling for qualification to UEFA European Under-19 championship. Already in the first game, he scored 2 goals against Andorra. He also had a great debut in UEFA Youth League 2014/2015 – Ajax demolished PSG by a score of 6-1 and Donny scored a wonderful hattrick. If everything goes according to plan, he should soon be playing with Jong Ajax – the reserve team of the senior Ajax side, who play in the second Dutch division.

“In national team I am often number “6” and at Ajax I usually play as number “10”, but I do not mind, because I am a complete midfielder and I can play well on both positions.”