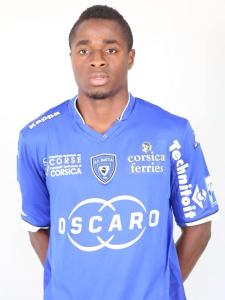 – unpredictability on the ball 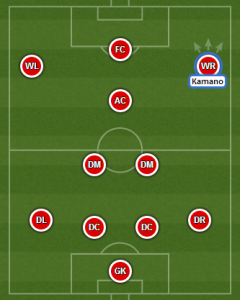 François Kamano started his career at Satellite FC – Guinean team based in Conakry. Thanks to great games in his country, good European clubs have turned their attention to him. He signed a contract with Bastia before 14/15 season after previous trials for AIK, Villarreal CF and Stade Rennais. He made his debut on 9 August 2014 in a 3–3 home draw against Marseille, replacing Christopher Maboulou for the last 8 minutes. His first goal came on 20 December, putting Bastia ahead in an eventual 1–1 draw at Caen. In 2015, he got a call up for Africa Cup of Nations, was one of the youngest players in the tournament, but only played in 2 games, and those were sub appearances in the very late stages.