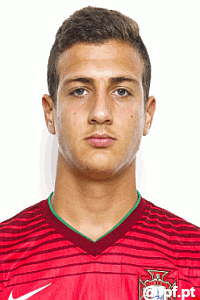 – already very accomplished for his age

– plays with a great deal of confidence, and is solid in the air for a right-back

– able to play to play on both sides of the pitch

– endless energy coupled with his physical strength and powerful running make him an incredibly useful asset as he brings an offensive value to a team, with a lot of activity during 90 minutes in the right side

Diogo Dalot is considered to be one of the most talented full-backs in the world. His name became known during the 2016 UEFA European Under-17 Championship, where Portugal won in a convincing manner, and Diogo was among the top players of the tournament. Mere two months later, he was called up for 2016 UEFA European Under-19 Championship and despite being the second youngest player on the roster, he played very well, and young Portuguese were only eliminated in semis by France, who later won the championship. Before the 16/17 season, he was made a member of Porto B squad, playing in LigaPro, second-highest division of the Portuguese football league system.

‘Individually, Jose Gomes is obviously someone that has to be highlighted, being the Euro’s golden boot winner, but my personal highlight will go to Diogo Dalot. Relentless, consistent and very technically gifted, besides treating each play like it’s the last. It is rare to see all of these qualities in a youngster, but Porto have a full-back for the future.’

Vitor Roque:
Euro U-19: the best players according to InStat Index:
Romeo Beckham provided 5 assists for Inter Miami reserves in the MLS Next Pro this season.
Carney Chukwuemeka at Euro U-19:
Euro U-19: Team of the Tournament by Football Talent Scout!
Spurs' attacking options AT the moment:
Loading Comments...
%d bloggers like this: