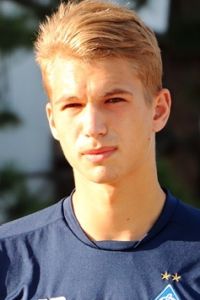 – good agility & coordination for a player of his size

– unselfish player capable both of creating chances for team-mates, as well as scoring goals himself

Vladyslav Supriaga started his career with Dnipro Dnipropetrovsk before joining Dnipro-1. He is considered to be one of the most talented young players of his generation in Ukraine. In 2018 he moved to Dynamo Kyiv for 6,5M€. He is also a regular Ukrainian international. He represented his country at the 2018 UEFA European Under-19 Championship, where Ukraine reached the semi-final and Vladyslav scored one goal in four matches.