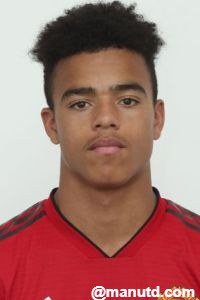 – despite being tall, his heading ability could still improve

– often drops deep to pick up the ball, participate in the build-up of plays, and create chances for his teammates, courtesy of his good vision and passing ability

– very good pace, coordination & agility for a player of his size

Mason Greenwood is a product of Manchester United youth system. He is considered to be one of the most exciting prospects in Red Devils’ academy. Despite only being 16, Greenwood was the top scorer in the Under-18 Premier League North last season in a campaign which saw United crowned champions. He started this season very well too by scoring 11 goals in just 8 Premier League U18 and UEFA Youth League games. On 2 October 2018 he signed his first professional contract with Manchester United.

“He’s great on the ball and very good with both feet. He’s the first person I’ve seen that takes penalties and free-kicks with his wrong foot. I’ve never come across anyone like that!”