– ambidexterity/playing with his right weaker foot

– versatile offensive allrounder capable of playing in several other positions, such as second striker and winger

– able to get out of various different scenarios, able to play wide and go direct, or being central and cutting through the lines/difference-maker

– extremely difficult to knock off the ball thanks to his low centre of gravity, excellent close control and ability to shield the ball

– very active and effective in pressing

Romero scores with a superb finish after a great run.

Romero with a feint and superb goal from distance. 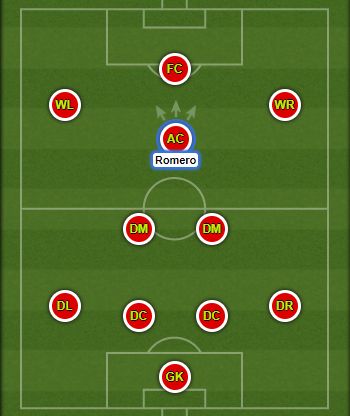 Luka Romero Bezzana, nicknamed ‘the Mexican Messi’ by the Spanish press, is considered to be one of the most talented U-17 players in Spain. Despite being only 15, he has already been promoted to Mallorca’s first-team and his professional debut seems to be only a matter of time. Romero has three nationalities – Mexican, Argentine and Spanish. In 2019, he was one of the stars of Argentina national team at the South American Under-15 Championship where young Albicelestes won the silver medal.