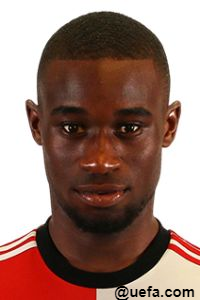 – versatile defensive player able to play as a full-back or defensive midfielder if needed thanks to his vision, ability to read the game and tactical awareness

– feels comfortable and has a decent composure on the ball, making part of the team’s build-up process at the first instances

– his pace, agility and anticipation make him a very good defender in 1 vs 1 situations

Lutsharel Geertruida has joined famous Feyenoord youth academy from Sparta Rotterdam in 2012. This versatile defender is a part of the very talented new generation of Feyenoord players born in 1999, 2000 and 2001 which includes, among others, Dylan Vente, Jordy Wehrmann, Tyrell Malacia, Cheick Toure, Wouter Burger and Achraf el Bouchataoui. He made his professional debut for Feyenoord 25 October 2017 in a Dutch Cup game against AVV Swift. He is also a regular youth international for Netherlands and represented his country at the 2017 UEFA European Under-17 Championship, where Oranje made it to the quarter-final.

19-year-old Dominik Szoboszlai for RB Salzburg during the 2019/2020 season:
Simple/short passing is underrated.
🇬🇭 23/09/2022: Iñaki Williams made his international debut for Ghana
Benjamin Šeško vs Norway
✅ superb for AZ Alkmaar
16-year-old Pedri for Las Palmas during the 19/20 season:
Loading Comments...
%d bloggers like this: