– well-rounded attacking player, capable of playing out wide, through the middle or as a striker

– efficient in his play and has a natural eye for goal 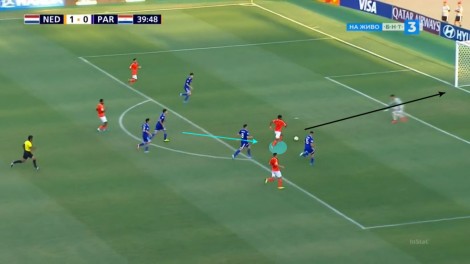 Hansen with a great off the ball movement and right-footed finish.

Hansen with a fantastic volley into the top corner with his left weaker foot.

Sontje Hansen is a product of De Toekomst – famous Ajax’s youth academy. He is a member of a very talented generation of Ajax players born in 2002 which includes, among others Brian Brobbey, Kenneth Taylor, Jaymillio Pinas, Anass Salah-Eddine and Neraysho Kasanwirjo. In 2019, he was one of the leaders and scored three goals for the Netherlands U-17 national team, which won the European Under-17 Championship in great style. A few months later he became 2019 FIFA U-17 World Cup top scorer with 6 goals scored in just 7 games.