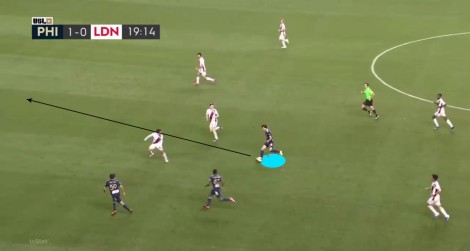 Aaronson with a beautiful assist with his weaker foot.

Aaronson dribbles past his opponent and makes an intelligent pre-assist to his teammate.

One response to “Paxten Aaronson”